What do the TPP, HAARP, Corporations, the military and governments have in common?
They all want rid of us 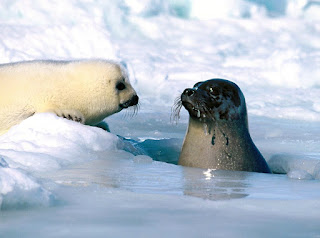 The Transatlantic Trade Partnership - TPP - is the biggest power grab in history . Many people don't understand it but it is a bit of legislation that will give corporations authority over the law and over governments. Yes I know that they already have that, 9 times out of 10, but this will formalize their seniority.

An example in the article above mentions an Environmental Protection Agency that succeeded in getting a toxic chemical banned. Within 24hours, the corporation counter sued for compensation for loss of profits and further got the ban repealed on the grounds that the original claim was anticompetitive. They feel they should be able to sell what they want. This argument is what Monsanto, Bayer, BASF, DOW and friends use, to get their new products into Europe. Those products are killing the planet and us stone dead. Here are 16 natural alternatives to herbicide

They are killing us but by our own hand. This is something else people need to know. We willingly drink the fluoridated water, we don't register that every vegetable we buy and every bit of meat has consumed multiple applications of chemicals, directly or through grazing.


What do the TPP, HAARP, Corporations, the military and governments have in common?

Some sort of gradual mind control has managed to persuade us not to care about ourselves or each other. People are still defending eating animals, exploiting every part of their bodies and habitat and testing excruciating concentrations of products on them. These aren't crucial life lines, they are relentless atrocities against defenseless creatures.

This is against people as well, 843 million people are living in extreme poverty. Their climate change is happening before it hits the western world. This is not by coincidence, but by HAARP intervention. These are the military group completely responsible for the drought in Syria, that preceded the unrest, violence and eventual displacement of millions of people. Haarp control the outer atmosphere and their programmes have a military and psychological focus - control through fear.

That is why it is so difficult to get some perspective. Just think about this climate summit coming up. Every delegate knows that chemtrails are dumped around the earth daily, upping CO2 emissions. If they had any intention at all of stopping climate change, they would have Chemtrailing and Animal Agriculture on their 'things to stop doing' list. By the way, these HAARP/military space missions also take their toll on the environment:

"During the 1980's, rocket launches globally numbered about 500 to 600 a year, peaking at 1500 in 1989. There were many more during the Gulf War. The Shuttle is the largest of the solid fuel rockets, with twin 45 meter boosters. All solid fuel rockets release large amounts of hydrochloric acid in their exhaust, each Shuttle flight injecting about 75 tons of ozone destroying chlorine into the stratosphere. Those launched since 1992 inject even more ozone-destroying chlorine, about 187 tons, into the stratosphere (which contains the ozone layer)." From the HAARP review highlighted above.

As it is, the delegates have no intention of stopping the destruction. What is more likely is that they will use the summit to decide new blanket laws that apply to absolutely everyone…except themselves.

What is the agenda then of all this technological and chemical interference? Just as I said, that's all that's wanted; we kill ourselves. So we should absolutely, right away, give up hope that the law's going to protect us, or the decision-makers will see sense about our health and the environment BUT there is something else we can do! 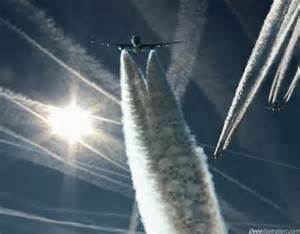 What are the ingredients in a Chemtrail?

One action we can take is to chat to our local councillors and ask them to push for the stop of chemtrailing. Here are the ingredients they're using in them these days, taken from the chemtrailing article highlighted above. These poisons are a far cry from the original idea of why to chemtrail.

"Initially, in the late 1990s or perhaps earlier, the Aluminium Oxide portion of Chemtrails was being used to reflect sunlight and help cool our Earth in a project which has come to be known as geo-engineering.  Investigators then became curious and began conducting lab tests on air samples.

Bacteria such as Anthrax and Pneumonia Nine chemicals, including Acetylcholine Chloride

I know there are a lot of other banned ingredients reported as well.

If you want to clear all this crap out of your body and get your head together, contact
www.healingbyfranc.com for energy clearing. It may sound like bows and arrows against the martians but we're more powerful than you'd think…and now would be the right moment to utilize that power! I sense that forewarned is forearmed.
Posted by Healing by Franc at 5:20 PM