Department of Ag & Meat Not Above The Law

I sent this to Minister Creed, the Animal Welfare Desk and the gang at the Department of Agriculture...as well as the Green Party and anyone who shares animal welfare objectives. Please cut and paste or write something to get the meat industry on shut down too...if only for three months. Trucks of Irish animals at European borders in traffic jams of over 40km in length are not, surely, within regulations and in a lock down situation are not helping.

"Dear Agriculture Department,
I have also sent this to the Green Party, of which I am a member (They explicitly want an end to live export and an end to intensive large farms and a return to small, high welfare operations), the Animal Welfare Desk and the new Animals First political party.

I read about the government's 'Order to close all unnecessary businesses'! Hallelujah. Factories are going to have to close….at last. How many years have I sworn I will live to see the end of the unnecessary killing of animals? Senseless, inexorable murder, short lives of confinement, prodded into trucks, forced to walk in terror to their torture machine, no anaesthetic or sedation first (thanks in part to a shortage of gas for pigs and adhering to horrific Halal for cows), total awareness of what is happening, blood everywhere; living, dead and semi-conscious animals of your own species, even herd, everywhere? Not one Irish man on the line, only Eastern Europeans and others without enough English to get a better job. These guys are already suicidal, their souls gone (Two suicides in QK Meats' Coldstore). Completely past caring. Drenched in violence and entrails. Can we send them home for their self isolation too? Surely they’ve earned it.

So I’ve been begging the powers that be for 24 years. Many have been campaigning since the 60s. There are millions of vegetarians and vegans now, in the last ten years recognizing that we don’t need to kill animals for food, so we shouldn’t. We don’t need to take the milk from cows, so we shouldn’t. This reasoning, which has always been so obvious to some, is now suddenly getting its chance to be legislated for. Today we heard the order to stop all unnecessary business.  You’re going to have to CLOSE ALL SLAUGHTER HOUSES AND STOP LIVE EXPORT.  It doesn’t matter if it’s for 3 months only. It’s a pause, a hiatus. The DAFM, who texted me today because I'm a farmer, informed me that they’re closed for business for the foreseeable future. You are certainly not sending your vets in to do their usual inspections for food safety or welfare so that means, it should be stopped altogether. Only if you confirm that the full complement of DAFM vets are at sea ports and in factories should they be allowed to stay open. We want proof. But actually, we don't want proof that business as usual is allowed, we want closure.

What will the farmers do? Dry their milking cows off and rough off the animals still in sheds with less and less hard food and more and more turnout. Then let them off in the fields, to sustain themselves, while minding their water, until this crisis is over. Then we can think again.

The government can decide how much support the farmers get. The meat industry does not need handouts. It can rest easy on its profits and your department can insist they continue to pay their staff while they’re not working. (I refer to when Dawn Fresh (part of the Queally Group) was closed due to food safety non compliance and they laid off all their staff with immediate effect, with no pay or notice. It is not the government who should pay for everything with tax payer’s money. They can push for insurance companies as well to honour a ‘loss of business’ or an ‘acts of God’ phrase or whatever they need.

Please don't give us some old chat about slaughter being necessary for food. You know that farms, factories and trucks should be grounded like everyone else to flatten the curve of the virus spread. Like everything else, meat and dairy products can be rationed. Do not play into the hands of the already unscrupulous meat industry who are only too delighted to knock out lower and lower standard sausages (for example), as there is such a rush on. The Kerry Group in Shillelagh, Carlow have already had cases of Covid 19 but haven't closed, just moved staff around. Perhaps your rule of thumb should be, if they reported that case then they are attempting to be responsible about not spreading the virus and if they didn't they are definitely trying to cover it up and stay open and profiting, regardless of risk to staff and customers?

We have to slow down how much meat we eat anyway for the environment. We have to stop the import of cheap meat, in order to make sure Irish farmers' products are the only ones on our market. You have to bring the meat industry to task. This is our chance.

I am so grateful for this chance to stop the killing of animals and birds, for the first time in living memory. Even if it's just for a time. People might start to see sense and see the reality of this barbaric modern day industry, so far removed from it's small-holding, non-gmo-fed, free range, pasture fed, past.

If you want to hear how a few Irish farmers are doing it, here is a Limerick farmer on how he helped his land recover, stopped feeding grain and dried off his cows for under a fiver.

Please don't miss this opportunity: Close all slaughterhouses and Stop All Live Export."

...Many thanks and all that from me and millions of animals.

Posted by Healing by Franc at 4:00 PM No comments:

Dammit, weren't we just about to save the environment?

If you think you should self-isolate, do not forget what you know. Raw onion, garlic, ginger, lemon, apple cider vinegar, coconut oil, aloe vera, vitamin c, raw fruit and veg, fermented foods, all have massive anti-viral properties. Make yourself eat very tiny pieces or sip tiny amounts with maple syrup or just water. Lots of water…but not straight from the tap. Just sit it on your side table overnight on a slip of paper that says ‘thank you for my healing’ or something positive and shorter. Or on a picture of something beautiful and thriving cut out from a magazine.
And don’t forget tea tree oil or vicks or anything menthol or any essential oil probably and put a little in a pan of boiling water. Towel over the head and inhaling the vapours will really open the bronchiole and ease your breathing.

And if you’ve got no symptoms and aren’t ill at all, don’t let fear constrict your chest prematurely. Watch comedies and rom coms and play music and keep a journal of your thoughts and ideas and feelings. If you want to get practical, save the seeds from your peppers and tomatoes and the potatoes that are growing shoots and plant them out in the garden or in a pot. Or look up on line a complete list of anti-viral and immunity building items and see what you have to play with! Something to look forward to and a sense of purpose to is always the key to success. I heard rumours of recipes for colloidal silver being totally doable and effective. I heard that if you can get your hands on MMS it’s a powerful antedote. Turn off your phones, TV, lights and wifi when you’re going to sleep.
We come from a society that doesn’t like to be alone and let’s face it nothing is more miserable than feeling ill and like it’s the end of the world and no one looking after you and bringing you freshly heated hot water bottles and toast or even supposed to open the door to see if you’re still in the land of the living. I know you can’t go to the doctor either and you wouldn’t want to, with all those sick people gathered in the one place, but feel free to message me if you want a distance healing. My very mild super powers will no doubt come into full affect now, so that’s an open invitation.

Don’t wait for the national guidelines to change, we can look after ourselves and we might not be being told the whole truth. The poor doctor in Clare who raced around doing his duties and his child have been proof enough of a couple of things. It is not just contact related, it’s airborne so do use a mask if you have one. Secondly, I think tragically, it’s the child who has symptoms and not the adults so children are at risk too.

All the best and keep calm and try and stay kind, even though I totally understand that everyone whether they’re handing you a tenner or using the petrol pump before you is being looked at with suspicion right now.

My note to self, is think about your little habits that need to change. Talking of the garage, I used to always grab a bag of crisps and now I wouldn’t eat in the car if you paid me. I get the whole way home, wash my hands, get a bowl out and empty the crisps into it. Wash my hands again and eat them. Could this nerve-wracking situation actually be the road to a more civilized and slowing down society?! All the best and lots of love everyone, on this World Women Day, among which number I am glad to call myself a part! 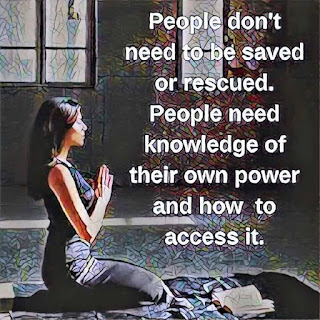