How Do You Deal With What Is and What Is Not? 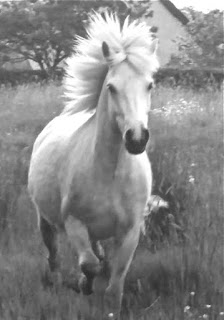 Of the seven sorts of unicorn, Magic is a Killina. His fiery horn is of such adamantine power that it trembles at the very edge of mortal vision – few are the eyes that can perceive it. Their arrival is an omen of EITHER the imminent reign of a great leader OR the end of time. Let’s hope it is the former! The Killina were appointed keepers/carriers of the Three Great Secret sayings, to be revealed only at the end of this present age!  Today’s meditation was to listen for clues. I got the three eventually: Be Quiet. Bring Peace. Resist Injustice.

So, can we all muck in, with these, please!? Thanks a lot!
Posted by Healing by Franc at 4:49 PM No comments:

This is the link to the Public Participation Survey - at the end you get to write your own thing or use something of mine that I have copied below and right at the end, you can submit your own proposals - up to a five page document

An Answer to Qu. 12 about imports and exports and impact on developing countries.

What are the main problems/obstacles preventing the current policy from successfully delivering on its objectives? What are the drivers behind these problems?