Being Kind Will Benefit Your Own Mental Health

How To Make Peace

If we stop species ism - the belief that human life is more important than other life- we can have Peace on earth.

In altruism you don't expect a reward but with a vegan lifestyle you get one anyway. You get your health. Not just physical but the mental health of a clear conscience.

I think that's why I went for it in the first place, I had a terrible conscience, like the general feeling of guilt that most of us have. I also valued coherence, even before I studied philosophy. That means that when I come to a new understanding, I act on it, even if it means change and letting something go.

I suddenly remember, I accused my parents of being 'hypocrites' when I was 11. Big word for one so young really! I wanted to know why, on the one hand, they said that beauty came from within and on the other they referred to me as the ugly duckling! Furthermore, they said that equality was important but there were certain friends that they didn't want me to have. 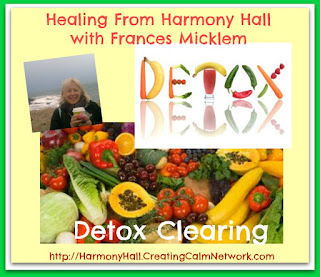 I have always felt that we should continue to examine ourselves through life and hold a clear intention to be part of the solution, rather than part of the problems as we become aware of them.

No one will ever persuade me that butchering 60 billion land animals and 90 billion marine animals every year is okay. Tell someone else that it is somehow in our Nature/Nurture patterns if you want to justify nibbling away.

I see the general diet as involving a massive denial of suffering and an unconscious participation in a brutal degradation of life - animal and human.


Changing the World is a Team Sport
I love this guy Gary Yourofsky, an educator who is way more persuasive than I.
No one seems to say to him to lighten up and get over it. Luckily there is so much good stuff happening for World Vegan Month, I don't have to worry. I can just work away behind the scenes on an energetic level. So today I am just reminding everyone of the need to be kind even for your own mental health.


Gary Yourofsky on Prime Time in English, in Israel

Posted by Healing by Franc at 1:27 AM