No.17 in Numerology, Luck and Selling a Painting to Prove It!

I'm really interested and noticing numerology at the moment. I know being in a sacred geometry house helps. But I think everyone I speak to happens to look at the clock when it says 11.11 or some such synchronistic, happily symmetrical binary numbers! I had worried about the number 17 as it is the number of windows in my green house. It seemed excessive and slightly random ...until yesterday when I had just set out to paint them!! 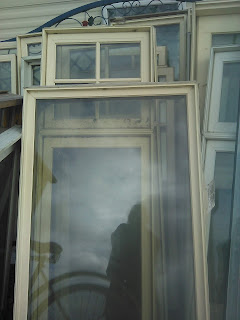 I read "17 is the least random number, according to the Hackers’ Jargon File. When asked to pick a random number between 1 and 20, the majority of people will pick 17 for no apparent reason. 17 is also the minimum number of givens for any sudoku puzzle, and the number of syllables total in a haiku poem. This number is not random or an accident. Have you ever heard of the Imperial Dragon Seal? It is a token of authority held by the Emperor of China, but also has spiritual and physical powers. It is not random and if it is in your possession, it can bring everything you desire to you." 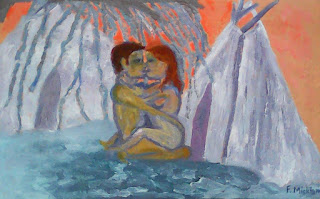 Posted by Healing by Franc at 5:23 AM