Kilkenny Councillor's Chance To Redeem Themselves This Monday 25th - please write to them in the meantime! 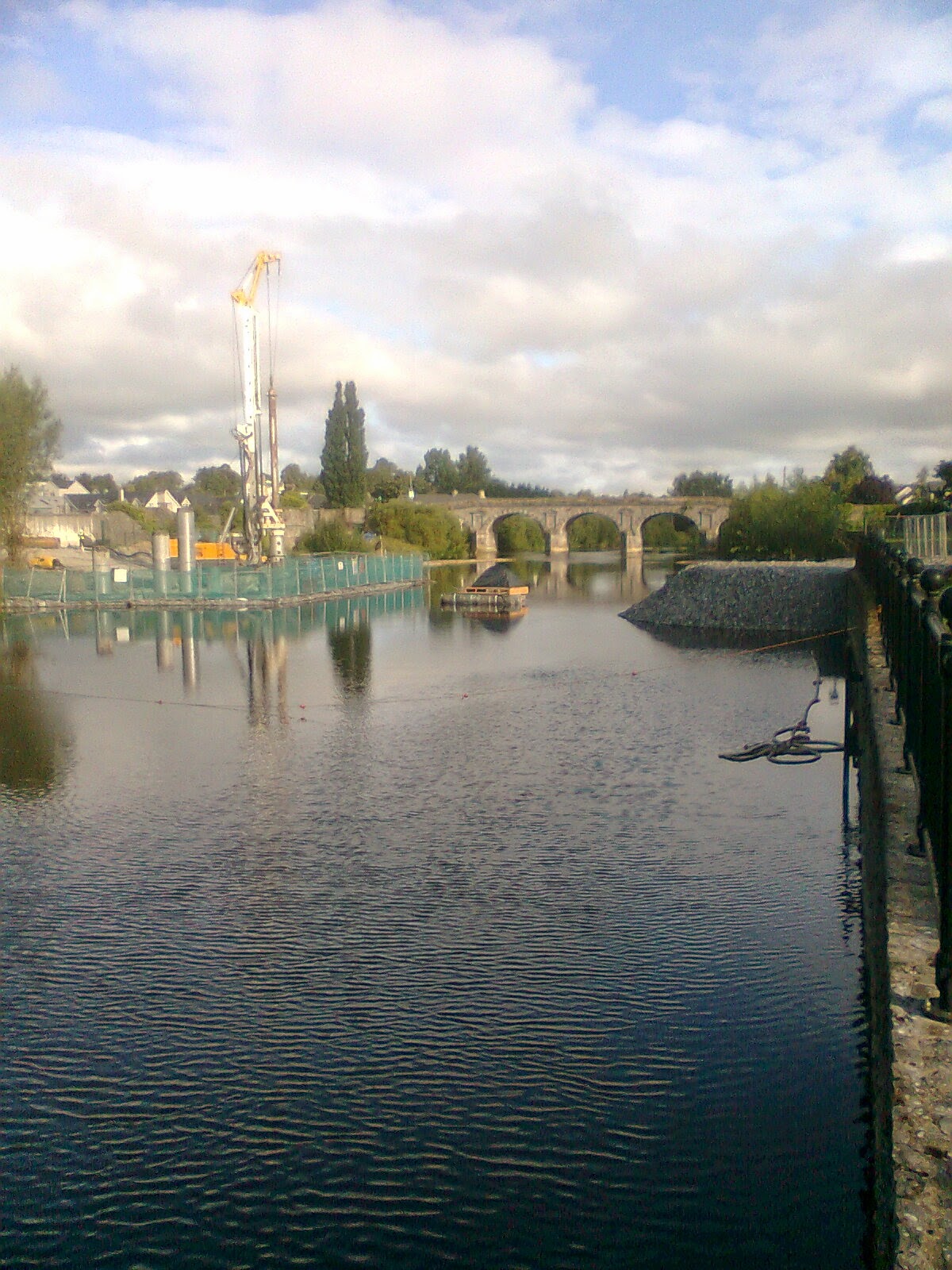 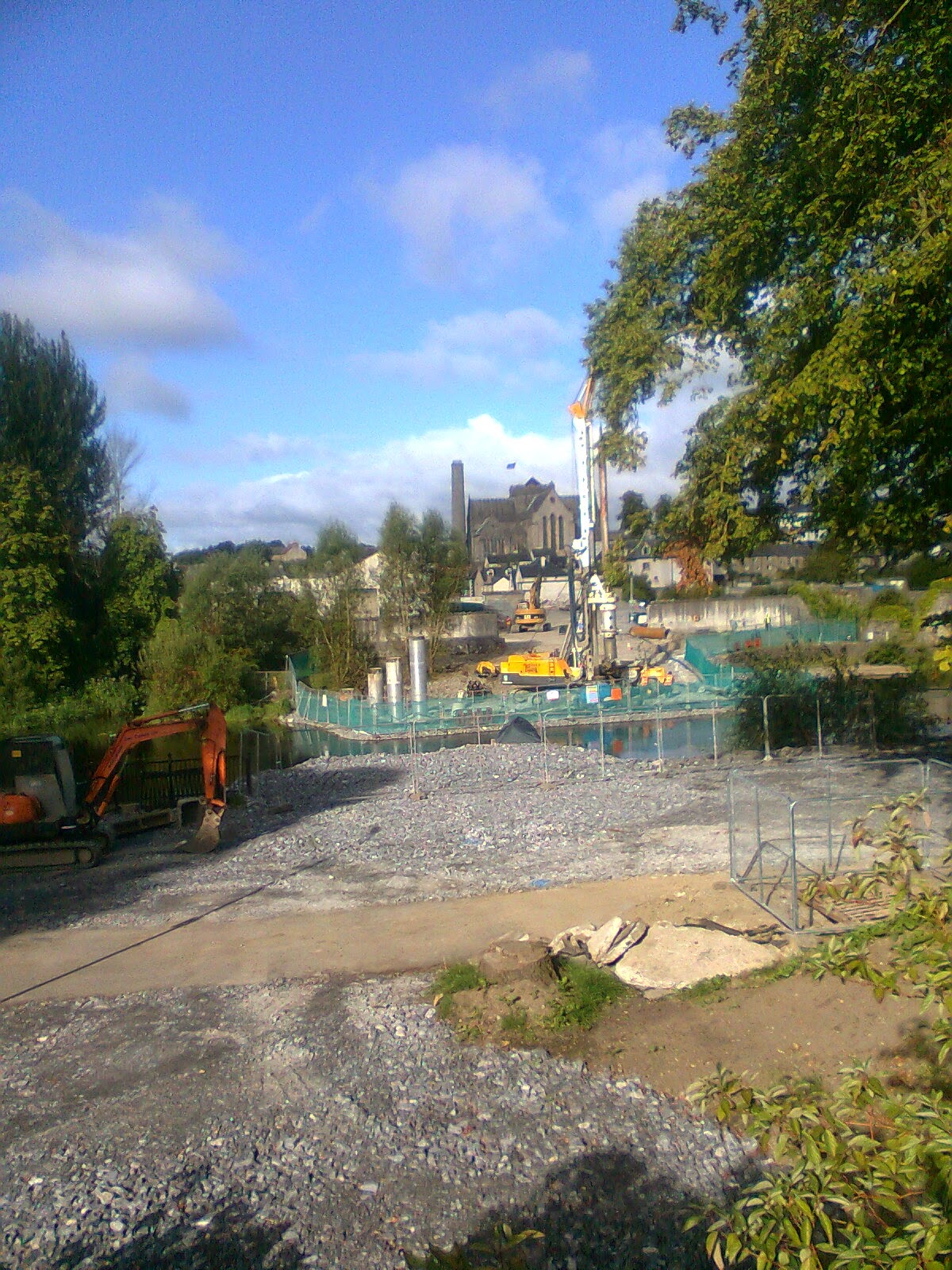 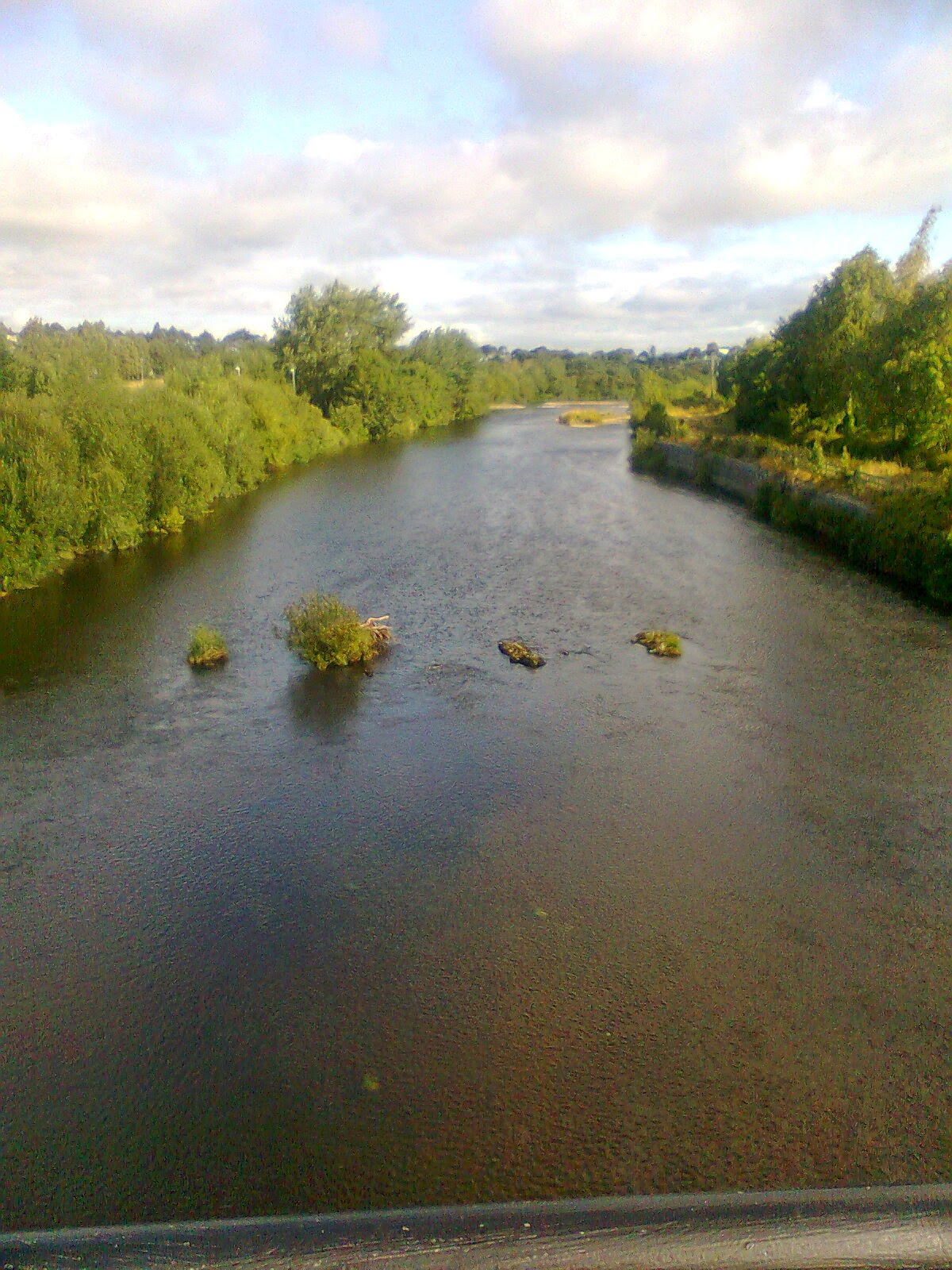 I can't believe it! After the headline 'work must stop on the bridge' last Monday, I find it hasn't at all. The Kilkenny Council, the gardai, the contractors and hopefully all those who feel strongly that the motion to stop work on the 'Central access scheme' should be passed, will be at the council offices next Monday 25th at 3pm. There were enough councillors to vote for a review last time, now there's a question if there's enough councillors to stop the work. Councillors changing their minds like headless chickens.

Photo one: The pile driver, stones and demolition derby going on with beautiful Green's Bridge in the background. Greens Bridge is where we're keeping a vigil night and day for seven weeks now, waiting for due process to be done and determined to stay until the river and edges are returned to their natural state (see Photo 2: The natural beauty of the other side of Green's Bridge. Photo 3 shows how directly the flyover bridge intends to land on the very steps of St Canice's Cathedral and tower - Kilkenny's oldest building. A big road through here would divide off one end of the medieval city and specifically the Medieval Mile. The Council spent 5.5 million launching Kilkenny's Medieval Mile in the last couple of years.

Everyone really needs to let this council know that they must stop the bridge. It will be a precedent that many other cities and towns will appreciate. Tescos offers jobs but badly paid jobs, total disregard for the environment and death to all other shops on the high st. Our old county manager is on their welcoming committee, that's why its being pushed through. We need to stop corruption, greed, lies, secrecy and hopeless planning. Kilkenny gets its drinking water as well from the River Nore, featured below, and it is being contaminated daily by this careless building work. Please show up on Monday and drop a line to a Kilkenny councillor in the meantime to say what you want them to vote (they must vote FOR the motion to stop all works on the bridge).

Don't even get me started on the behaviour of the Guardai or the coercion of councillors by saying that it will somehow save public money to let the bridge go ahead. Stop it while we can and insist the area is restored. Be grateful to the stoic protestors for seeing the bigger picture and being prepared to defend what is valuable - nature, water, history, wildlife, high street business, democracy, freedom of speech, resources and the freedom of information. We are not only prepared to contribute to town and environment planning, we insist we are consulted. All those councillors were voted in because of their stance against the central access scheme including the bridge. Once voted in, they say their hands are tied. Well, untie them and get on with righting the wrongs. I know its new to ask that those in power shouldn't do whatever they like but times are changing and this is our chance to ensure positive change in governing, communication, incorporation of what the public want and the halting of big business domination.

Margaret O Brien, a great spokesperson against the bridge and Central Access Scheme, explains the contract of the bridge and how it is illegal, as well as being a great waste of public money.
https://www.youtube.com/watch?v=xnDZXzkdfD0
Posted by Healing by Franc at 8:36 AM