Time for a crisis of conscience?

The black rapper Chuck D makes the observation that young black Americans and British want to associate with the white sons and daughters of the men that oppressed their parents and grandparents, and brought them as slaves from their own countries. They want this more than connecting and working with people with whom they share a culture and building something integrated from there. Isn’t this exactly what we’re doing with the banks and Fine Gael and business bosses? People are all hoping to stay on the right side of the 'money bags'. Have some decided that the rich are in essence better than the poor? Have others decided that they hate the rich on the quiet but divulge their entire power of choice to them inadvertently at the same time? 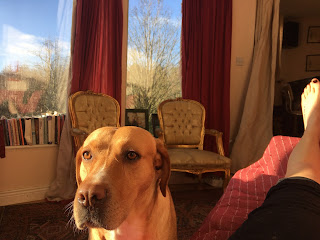 People have voted for the infantile Leo Varadkar, even though he is the biggest bigot & bully of all time, with his Means Test Officer hench men, doing his bidding, chasing people in financial trouble for repayments. People have voted for Pascal Donohoe, clearly a gimp for the banks without a notion of economics. No one even asks who he meets in that bank when he’s giving away Ireland’s natural resources for a few extra quid for the country’s reserves. Meanwhile, he looks the other way as Ireland Inc cream off billions, annually, though foreign direct investment and no one making money is paying any income tax. And people are voting Simon Coveney the minion of the meat bosses. Covering up for their fraud, punishing the food safety managers who take the rap for their contaminated entrails. He thinks he can get away unaccountable as his brother is director at RTE. I suppose controlling the national media is a good position to be in but that doesn't mean he's not acting against the national interest time and time again. I refer to his military engagement, joining Ireland to NATO, allowing endless nuclear weapons parts to be made here as they don't count as the whole shebang.

Who is there in our bank who is up there being a less conspicuous evil being. #JohnLarkin, #IanMurray or #LisaCarty, one wonders? They are in Financial Regulation at the Central Bank. But although they really like to bring people to account, that is only when the person who 'done bad' cost their own financial services group money, it turns out. https://www.williamfry.com/newsandinsights/news-article/2020/06/29/central-bank-determination-points-to-increased-focus-on-senior-executive-accountability.

I have been exploring what the UK media cover, like RTE compared to the BBC.  Sure enough they did not mention the senior MEP who went on hunger strike for 21 days to insist that financial services be taxed by 0.001 as a very substantial (and possibly only) solution to Europe making any sort of climate response, or Covid recovery. He is a hero of the people, the citizens; the only MEP in those budget negotiations not towing the banks’ unchallenged profiting line.

In addition to a tiny tax on all financial transactions, we need a public bank, Europe needs a public bank. Please people, get your head around it that is it not only banks that can create credit. Every state has a sovereign right to create it’s own money. Every full bank, managed for private profit or societal good, has a right to lend at 6 to 10 times what it has in reserves. The European Parliament have shown time and time again that they are not supporting the public banks that some countries have achieved. It's madness. Europe is not our side. There is a massive wealth extraction operation from each country of its resources. Every bank can create money without charging interest. Every bank can have a lending criteria that is committed to non-damaging industries. Ie the public banking I promote holds land and our water as its reserve. No credit could then be extended or generated for manufacturing with a harmful impact.

So, going back to CETA and that trade agreement soon to be discussed: Ireland is thinking of ratifying an agreement that corporations can sue governments for laws that affect their profits. At the moment, every law (if it was enforced) would affect their profits. I give an example off the top of my head of the Charles River Laboratory that commited the worst non-compliance to animal welfare law ever witnessed by the inspectors. The laboratory was not forced to close, they chose to move their operations. The 600 animals in there were left at the laboratory for the same people who had abused them to care for their recovery, in readiness for rehoming. The 600 dogs turned out to 350 dogs and 400 cats and then the numbers changed again. No one was allowed to see the animals. I am pointing to the unbelievable level of protection afforded to this non-compliant American company, with damning reports against them. It was thought that many of those animals were stolen and or seized by pounds and had been sold to the labs. People would have loved to nurse their animals back after the ordeal. In the end, the ISPCA had to do all the re-homing and pay for all the travel, care etc. None of the animals were re-homed in Ireland, all in the UK and we only ever saw a handful of beagles seeing daylight for the first time. There is no record of the other hundreds and who survived or they decided to put down, as part of their ‘continuum of testing’ which is their tag line still on their website.

In a more current instance, Covid Recovery money has gone to compensate the Mink farmers. The government decided that farmers should be compensated to the tune of €50 million, even though they didn’t stop farming and the meat plants didn’t stop butchering, for a heartbeat, this year. Not one penny went to organic farmers, the majority went to the intensive feed lots of Larry Goodman’s ABP (Animal Body Parts). Oh yes, but again there are more people up there profiting from this mad and cruel exploitation of farm animals. Do remember that not all farms are equal.

So ABP also has #Nigel Boardman, #Fergal O’Dwyer, #Chris Martin and #John Moloney on the board. No information on the Liechtenstein ownership aspect of ABP. There are millions in turnover in Luxemburg with no employees at all registered there! No tax paid. And the one fly in the ointment or maybe clue is that Larry’s son Mark Goodman was removed from the board in 2019. He’s a good looking chap too. I wonder if he had a crisis of conscience and couldn’t stomach the International plan or chlorine’s chicken and massive operations with animals receiving none of the five freedoms. They own at least a third of the abbatoirs in Ireland and we know that they ‘process’ so many animals that many are conscious and still writhing when they start to take the cuts for sale.

This would be like John Robbins who was set to inherit Baskin-Robbins the world’s largest chain of speciality ice cream shops.  But going around with his dad Irvine ‘Irv’ Robbins showed him the life and times of dairy cows and laying hens etc and he wrote the book ‘Diet For A New America’ where he outlines what he saw and what could be done about it. Personally, I have been vegan for 20 years this year. That is what happens when you start to explore the supply chains of the foods you love.  All we have to do is think! And even if we don’t really care about people being misused and poisoned and unpaid in other countries and even if we don’t care about animals or the environment….would you want to give these abusers the pleasure of buying their products? Any one of us turning a blind eye is directly profiting these corporations and industries., at the expense of independent, ethical and sustainable industries, producers.

Not only have we 56 new billionaires since the start of the pandemic, we have a law about to be passed that they can bankrupt the country. They can now own us.  We mustn’t let that happen. We mustn’t ratify CETA.Let’s look at the most likely outcome, in just 12 months. Each country buys millions of vaccines that do not work sufficiently for people to open their businesses again. Each country suddenly owes millions to big pharma. They take country by country to court with their superior legal teams and their new trade laws. They keep appealing until the government and country are bankrupt. Few taxes are being recouped from the other organizations like supermarkets and big tech that are doing well and so we have to sell our countries to the ECB (European Central Bank) and beyond, to the International Monetary Fund (IMF). We are at a pivotal point with the climate & with public health and all those Paris agreements committed to prioritizing conservation and protection above profits and trade.

Here we are 5 minutes later, ready to abandon any leverage at all for those lofty goals. I wonder why the government, or at least the Green Party are ready to say yes? It occurred to me that maybe Eamon Ryan might have been admitted into the masons or something. We should probably have got Catherine while we had the chance but all these politicians are just small fry in the power struggle. Keep looking up who is behind all these deadly developments and with a new acute and astute awareness hopefully karma will catch them in time before they do too much more damage. I bring to your attention the Oxford vaccine, just approved. At least the Green Party have tried to explain CETA to people rather than hide it

Let's all relax the 'Oxford' vaccine is approved, we can all trust that....or is it that Oxford is being used as credibility to roll out another hideous ordeal with consequences. It occurred to me to look up astra zeneca's track record and they have had to pay so far $1,148,775,284 Penalty total since 2000: in healthcare related offences. Think how many offences, especially to old people who wouldn't have been able to take on a legal battle or just died anyway, were never compensated or charged.