Music and Politics is a great combination 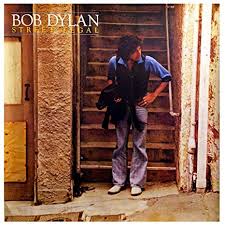 Fast forward about 20 minutes in to this radio show and Malcolm Noonan, our Carlow Kilkenny Green candidate, comes on with his guitar and does a cracking version of Woody Guthrie's song This Land Is Your Land. 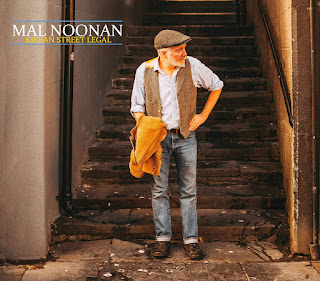 His pictures, including this one, which he had a laugh about saying 'Every time I pass the market slip on Kieran Street, it reminds me of the iconic cover of Bob Dylan's 'Street Legal'.
was taken by Monika Piec Halicka.
I could mention all the important, critically endangered, innovative and cultural initiatives he's involved with and the committees he's already on, ready to leverage fairness and sustainability.
I could mention how the young wanted to march for action on climate change today on the eve of the election and weren't allowed by Dublin police!? Those too young to vote want to make sure the election is a climate change-motivated election.
I could tell you what was said to me when I went canvassing in Paulstown and Castlecomer and the farms up here in the Slieve Margies which join Kilkenny to Carlow. The situation is good, everyone knows Malcolm already and trusts him.
In the end, I thought I'd settle for sharing this enjoyable aspect that he is a cultivated musician and a total dude. To play an instrument, you have to work on it for years, you have to listen to others in the band and you have to be prepared to improvise and keep your head, even when all about you are talking nonsense...as they always are in pubs after a certain point in the evening! Let's get a green government, we really need it now, no more putting it off. Malcolm Noonan deserves that No.1. And that's not in a Top Of The Charts way!
https://kclr96fm.com/kclr-live-tuesday-4-february-2020-par…/