Insights from the Heart of Darkness

After some lengthy dalliances into caring, gardening, dancing, energy clearing and music, I still get that what I’m supposed to be doing is writing about consciousness so here are some of my insights from the solstice this year. 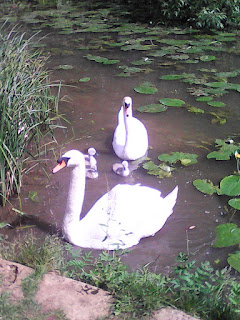 It does not honour a dead swan to involve its lost wing in a healing circle. What would a swan want to happen when it dies? It would like to be buried (immediately or over time) as acknowledgement that half its constellation is now under the skyline (this came to me after I heard the reference to how St Patrick brought the cross symbol to pagan Ireland. He pointed to The Swan constellation, which at that time of year was partially hidden under the horizon, so showed only as a simple but massively present, irrefutable and not coincidental, cross in the sky. They went with everything he suggested after that!)

I sat around a fire with kebab after kebab of venison dripping blood and fat onto the wood only a metre or so away from me – approximately one every forty minutes, for 5 hours. Everyone, even long-term vegetarians, were having some to honour the occasion. Over the hill, where the sun had gone down, there was another gathering and camp with a wild salmon to enjoy.

I felt so depressed. There was one other who I could hear saying ‘why is it the only vegetarian who keeps having to pass this around? But I couldn’t talk to him for solidarity as, somehow, it would have been a kill-joy and judgmental to question the eating of the God-forsaken creatures. How was I so slow on the uptake that this was perfect and fitting for this spiritual gathering, for this ancient celebration and as a way of doing honour to the sacred spirit of the animals? So a few of us set off on day two and went to meditate with some critters who still had a pulse. My joy was down to 2% but I wanted to ask the living some straight questions:

Divining For Clarity on Emotive Matters

Does it honour a dead animal to eat it? No
If it is road kill? No
If it is reared for slaughter? No
If it is sung haunting and beautiful songs to, while it is being ‘processed’?
No
Let’s not dwell on this word ‘processed’. Chopped up? Skinned? Marinated?
One of the girls had processed over a 100 animals in this ‘sacred’ way with singing.
But what about the word ‘sacred’?
The deer is sacred, they said. The swan is sacred. The salmon are sacred. Well, I get a yes to that. In fact, on reflection, I get a yes to all animals, birds, fish and plants being sacred. Even stones. Maybe especially stones.

But a ‘no’ to people being sacred. (If you have truth-finding tools of your own, just check in now and see if you get the same answers). I got that we are the ones that have lost our nature and sense of the sacred. We are the ones that the Earth has to protect every other form of life from.

Put more simply, there is no such thing as ‘spare ribs’. Whatever creature they come from, they had just the right amount. It hurts to break a rib and I’m sure it hurts on many more levels to have some taken out. I have merely felt like a spare part sometimes and even that feeling was pretty torturous.

If you find yourself justifying what you’re doing or trying not to think about it, then you are in the realms of unconsciousness. Please remember everyone that this is how the New World Order wants you – unfeeling and unmindful…or highly emotional with only negative emotions to choose from. They want you to shut the f*** up and shut the f*** down so don’t give them the pleasure.

Control Mechanisms - e.g. the media and mediums of the internet and TV.

This is how we are fed ludicrous ideas which are sometimes adopted unconsciously, to our detriment. There has been no improvement at all in years, in that the first 'posing with a gun in an apparently positive way' was Monsanto's original TV advert for Round Up. Now the whole of the plaza (aka Apple Green garage) is trying to present petrol as an environmental choice, in the same way!

Recently I have cleared the influence of these control mechanisms from my life and I highly recommend it. Admittedly the shifting sands are unnerving. I have to re evaluate my dreams and motivations constantly to check in whether they are imposters to my peaceful, effective, compassionate, true nature or necessary parts of the healing and future. I also have no one delivering mini successes to keep me hooked any more. These were, I realize, sweet nothings! Angels finding me parking spaces, bumping into friends, words of affection, opportunities to make money, people taking a momentary interest in my work…all these things were there to keep me persevering and thinking I was living in the flow and sustained by synchronicity. It was hoped that we wouldn’t notice the invisible ceiling, where all our energy, creativity and humanity were being syphoned off for misuse and to wear us out.

Yes, it will be a process and we must remain vigilant but this is an opportunity that I think we should all take: Self referencing, independence of mind, following your heart away from violence towards what and who make you feel good. Let’s detox this emotional guidance system of ours and then follow it to the letter. 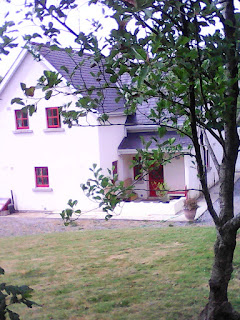 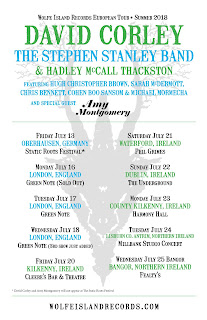