What message does Bloom Festival send the young, the hungry, the thirsty and every living thing that is not human?!

As I sit here having delicious fried organic tofu and organic potatoes, peas with mint from the garden, I am reminded of the books at Bloom. Hey, they all said, its not all about tofu and greens to eat healthy. You can have your smoked salmon and this that and the other. Have any of these guys watched those poor salmon jumping up river, thousands of miles and looking for their breeding ponds that don't even exist any more?

My heart sunk at a talk as a highly influential lady boasted that she was ground breaking when she took lambs to the slaughter and the kids she teaches were totally fine about it. Do we really want another generation of compassion-free gluttonous ignoramuses who think its alright to do what ever they want, kill animals when their care becomes fractionally arduous and get a proud pat on the back for their indifference?

Don't Ask a Professional even in Alternative Health

Another girl said she had wanted to go vegan and her kinesiologist had gone ballistic saying absolutely not to. What is not-to-like about the situation where people get fed and no one gets hurt? I just said that that diatribe from the alternative practitioner said more about her and her own resistance to examining her conscience than a considered response and she should know better!

I wished there'd been more taking of the opportunity to talk about keeping gardens and growing vegetables without chemicals. I personally see it as a key reason to go and learn and participate. Also what about the pollinators who the chemicals also kill? Everyone there loved at least flowers, I would like every solitary attendee to have gone home with a new understanding of the role of pollinators and how endangered! One third of American hives are already dead remember. Everyone knows or should know that, if the bees go, the human race will survive no more than 4 more years. That is how dependent we are. So no more Round Up, no more non eco cleaning products, no more sprayed vegetables (that is every solitary thing on the shelves unless it is labelled organic).

I am a Fair Share Activist First, then A Researcher of Food Security and only then a Horticulturalist

Wow, the gardens were impressive, beautiful shapes, colours, mature trees, wonderful wild flowers, sculptures, peaceful concepts and stone work. Great designs. Each one was created or recreated at Bloom in the three weeks prior to the festival! 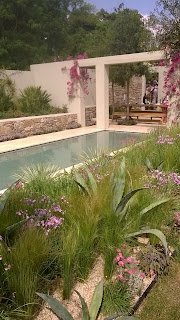 I loved this one best, I think it was the pale mediteranean colours. But, dammit, I kept thinking, how much water is it taking to keep these show grounds from wilting? Thousands of litres per garden I'm sure and regularly too, in that heat. Water is such an important resource. Many people walk for miles to find water to drink, not even necessarily clean water. They have to decide whether to drink it or trust enough that there will be more, to pour it on to plants to grow food. What a decision to have to make.

Then there's Shell's misuse of water weighing on my mind. Two leaks in the last month, one 20,000 litres of crude oil and another 90,000 litres of crude oil. Every step they make uses and contaminates millions of litres of fresh water and they do not pay for any of it. The individual however is hounded and threatened by officials to cover their water usage. That level of wastefulness just jars on me when I see it. Gardens are, in a way, a harmless and skillful art form but everything in them is so profound. I would like to see people really determined to be frugal and openly refuse the use of weedkillers and include ideas for future-proofing Ireland for an uncertain future.

Do you believe that the future isn't too uncertain? Do the Save Animals From Extinction Quiz! 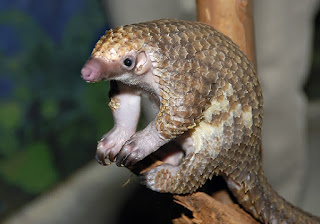 The numbers say it all. Without your help, these animals could go extinct in our lifetime.
www.saveanimalsfromextinction.org

A whole new species of man was there however, Tarzan, with his great jungle garden. My friend insisted I tuck in for a photo, much to my mortification. However, it turned out so classic, nearly everyone I know has had mileage of amusement out of it and so I'll share it here. 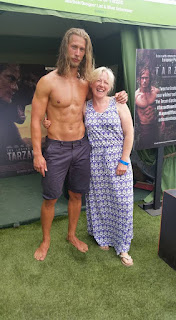 There were other great stalls there, such as the wildlife groups protecting badgers and deers and everything else no doubt. Then there was this one, Give Peas a Chance. And talking of Peace there was an amazing garden called Damascus that juxtaposed beauty, serenity and culture with war and broken sanctuary. 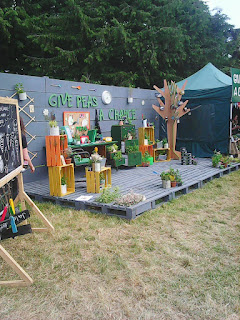 This is a really cool T Shirt from The Irish Wildlife Trust  that is part of their campaign to stop the random badger cull. Mass bloodshed on the tenuous argument that they spread TB. Next they're after the deer. It just isn't on. We really need a Animal Referendum For Ireland. Please see my Facebook page of the the same name if you have a cause or a bit of clarity to add. If you feel that you've been there and done that, this is the link to buy the T Shirt!        Irish Wildlife Trust Shop 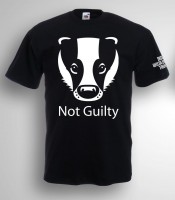 I save the best for last! Dee Sewell from Greenside Up spoke about the national Community Garden Network which is an inspiring and sociable way to learn how to grow your own food and get to know people and help each other. There is more than a hundred in Ireland, so there is probably one near you. Fiann the Holistic Gardener was also on the panel, who's Yin Yang garden was brilliant as was his talk, insight and perspective on life and wellbeing.

All in all? I'm glad I went but the highlight was a girl calling out to me from behind one of the stalls, that one selling magnetic sunglasses. She announced. I know you, you used to have Windy down at Dylan's. She had remembered my horse's name for the whole decade since we last saw each other but not mine! I love it! She, Stef had had Murphy for the same parallel universe of time and it warmed my heart completely to hear of them and see her again. 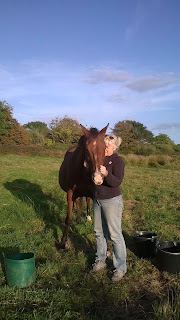 Have some great vegans staying since at the B&B. Three lots in a row. Times are changing!
Posted by Healing by Franc at 9:56 AM