Tens of thousands do 24hr Fast Against Slaughter

I spent the day of fasting with my two pigs and other animal friends. They seemed anxious to communicate. '160 million animals killed every day', Legend said. 'How much karma is that?' I had seen 2 cows being forced down a narrow crush with an electric prod to be killed once. I remember their beautiful rumps, something that perhaps only an at-some-point dressage rider like myself would notice. No muscle wastage, perfectly even tone and fabulous gleaming coat. Massive animals in their prime, great friends and completely aware that they were going to be violently killed. Because this isn't the fear of danger, some sort of possible risk, chance taken or uncertain terrain, this was the fear of murder. They were in the lair of someone who had done it many times before, this was definitely happening. We all cracked up watching their gentle eyes wild with terror. Both nearly broke their necks trying to turn around in the corridor. I'm sure many do. There wasn't one person who wasn't crying with the horror of it. Some covered their eyes. There was no blood or noise just the cctv footage of two cows at an abattoir. Business as usual. Times that by 160 million and its insane beyond justification. We just cannot do it anymore.

I do understand that people didn't and couldn't focus on it until now. That it has been argued as some sort of necessity to feed everyone (and please relax about that, there is enough grain grown already to feed 13 billion people). Some people also say that animals don't mind being part of the food chain. Maybe they don't but that is a far cry from being explicitly bred to be eaten and exploited by another species. Think about it, it is horrific. If we all start asking our souls what they want to do, we might just be in time to make amends.

Horses your spiritual life and guinea pigs your sex life! Then chickens represent your ability to organize and cooperate - they can easily organize a respectful pecking order up to 100 chickens (please contact me if you can take any of the 2,500 that are being disposed of by a farm here in Ireland this week - yes that's the farmer killing them as so ungrateful for the years of pushing out eggs in total confinement that they've done for him or her. Most have hardly any feathers left but they'll come back with love and jumpers are available in the meantime.) How greedy and thoughtless people have become!

Lambs are baby sheep, they're none of our business. They represent playtime and the freedom to frolic. They should be on mountain sides, amongst rocky outcrops and heather. Instead I see in the animal feed shop 'castration rings' that come in packets of 250! The instructions are that they are to be stretched around the lambs' goolies and tail in its first few weeks of life so that their bits and tails drop off through  the stopping of circulation.  What sort of sick distortion came up with these ideas. The tail, in case people didn't realize it, is part of the spine. Since when is mutilation okay with us?

How distorted and ignorant the individual has become, keeping eyes closed.

If you're not at all alright with mutilation and worse, then I wish you many happy times, adventures and experimental successes in your transition to veganism. It really isn't extreme, its just the obvious outcome of thinking things through.

At Harmony Hall, my place, we work constantly to align compassion with power. So its not about identifying with all the victims. Its not about getting depressed. Its about embracing positive change, celebrating a renewed connection with all of life in its rich tapestry - including your own. It is also about passionately defending all life and speaking the truth as it comes to you. Surely that sounds inviting?!


This is the FARM animated video called "Have We Been Lied To?"
https://www.youtube.com/watch?v=qU_nx06SK4s

It replaces their video "10 Billion Lives" that did not spare the gore of the situation!

For help with a holistic, conscious and kind time for the second half of your life and even a new lease of life, contact me on info@healingbyfranc.com. Alternatively you can buy my book on Amazon
http://www.amazon.com/How-To-Live-As-One/dp/1481184369 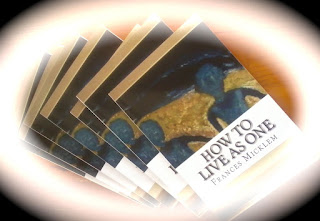 If you are equally interested in positive change, whether its:
To get the Animal Collection Services (Knackers Lorry operators) out of our dog and horse shelters;
To stop the absurdity of the Department of Agriculture being in charge of Animal Welfare when they routinely approve the killing of such a multitude of animals under the heading 'agriculture'.
To Make Cruelty to Animal History or
You just want to know what animals themselves want.
You just want support and motivation during all the changes
then join our group on Facebook: Animal Referendum for Ireland - Rebecca and Legend.  This is the profile picture to look out for! 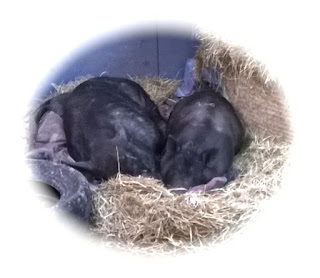 First tip for motivation is to find a way to absolutely love what you have to do. Let me know how it goes!

Posted by Healing by Franc at 7:17 AM