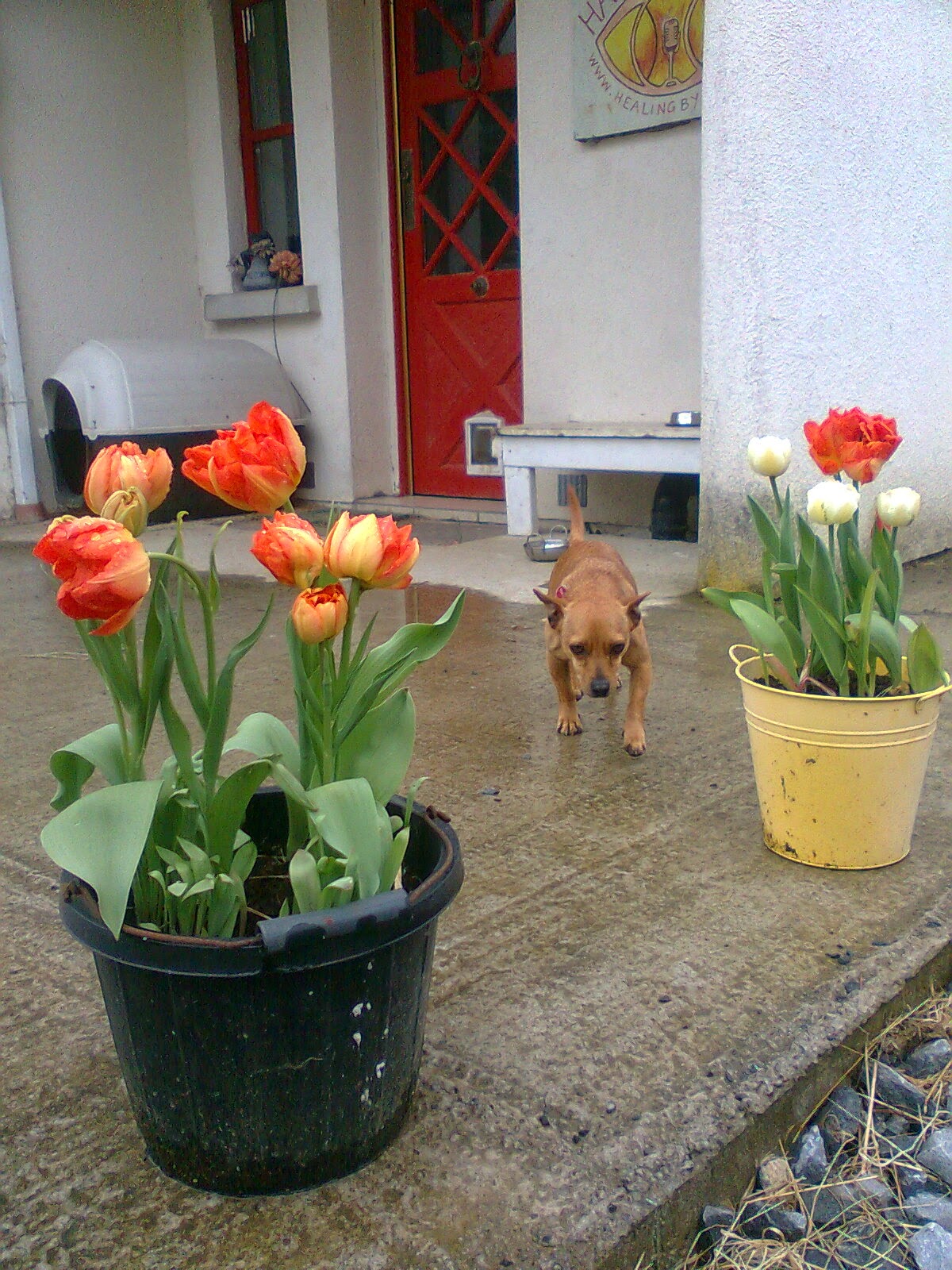 I am a dog with issues. I watched my Mum and Dad get kicked around by their settled traveler masters. I'd only just been born so at first my eyes were closed but even then I heard the harsh voices and smelt the danger. At two and a half weeks my brother Cupid and I did a runner, or more of a scramble. In fact I can't remember now, so our parents might well have picked us up by the scruffs of our necks and dropped us, in the burnt out house up the road. I was terrified and hid in the hedge but Cupid would scuffle out to meet every passerby and make friends. That's how I've got by in life, on account of a really popular big brother. He can only be about ten minutes older than me but his paws and all have always been twice the size.

I was named Don Juan and as some could argue the greatest lover of all time, I was almost a self fulfilling prophecy. The postman loved me and she had a beloved golden chihuahua, exactly like me. It was to be an arranged marriage. Then it became apparent that my issues weren't going away. The postman brought newspapers galore as my master didn't get one but no matter how much people cried 'on the paper', I widdled and worse on the floor and in my bed. Even when the dog flap arrived - a direct access to 'the paper', on a grand scale - I wouldn't go out. The chihuahua in me really didn't want to get cold. I don't know if the two things were related but then the vet chopped my goolies off. My brother had never put a foot wrong and it happened to him too, so it mustn't have been punishment. It must have been what the master called 'responsible pet ownership'.

At one point, it was decided we would have 'ad lib' food. Because of being a veggie household, up until then we'd all had breakfast cooked together. To start with, Her, the horse and us were all sharing the porridge oats and I loved that. I felt I was part of a real family. Later, chick peas and rice were shared but then 10kg of biscuits arrived. I suddenly had a new issue. This time with food. I would guard the mountain of biscuits, sometimes several mountains, and couldn't relax into the possibility that there would always be plenty.

Growling and guarding , widdling and worse, were all affecting my relationships. It might have been that my waterworks weren't fully developed at first but, after a while, everyone knew I had a bad attitude. Cupid was the personification of sweetness, light and unconditional love. He was white, soft-furred, loyal and forgiving of absence and of being sat on, or growled at. Me? The whole house smelled of me. I was just too small to be demoted to an outdoor kennel. Eventually, I did the unthinkable, I ate a fifty euro note, that came in the post. Shredded and Strewn. Oh dear, oh dear, oh dear. I could see that everyone kept looking for the love in their hearts but I could feel the hostility too. Then I did it again! I can just sniff out those big notes. They've passed hands so many times. So it was make or break time. Everyone knows that negative attention seeking is just attention seeking gone wrong. Well, luckily my master did anyway, as she made a split second decision to take me to dog training classes. Just me and her, every week. It was the happiest times of my life so far. It was Sit! and Stay! and Lie Down! and Wait! and Good Boy! and treats, every second minute. But it was the Good Boy! I liked the best. Positive reinforcement, I think they call it. No one noticed that I wasn't a puppy like the others as I'm still so small, even now I'm four.

This particular story has a very happy ending as my master has a lot of good ideas and solutions up her sleeve and a lot of patience, that meant I am still welcome here. I am pleased to report that I have managed three months with only one or two accidents. I've cracked it, everyone loves me, everyone's happy. My main job in life is to help my master show people that even if they or their animals have issues, you can turn things around.

She asked me yesterday, how can we engage peoples' hearts and show them how valuable animals are? That's the sort of thing we talk about. I was sorry to have to tell her that there is a culture of habitual abuse we have to stop first. While animals are farmed, raced, skinned for by-products and other people buy the stuff, there can't be true compassion or value. Too much denial is required to care about nothing. This unconscious defense mechanism has to stop profiting people first. So we'll be onto sorting that out, for this next while. It will mean extra treats for me too. What sort of treats can a veggie dog look forward to, you ask? An unexpected brown bread nugget, a kind word, a cuddle up and plenty of quality time are all relished by yours truly, Don Juan.