How does one go about reflecting … on the last 10 months? It is so tricky to be systematic. One's mind just gets stuck on a central theme that has dominated proceedings … or in fact precede-ings! I came up with the idea of just jotting down the months as headings and allowing a bit of time to recall what I was doing during that time? Its not revolutionary but we do tend to rush through our lives, from project to project (if you're proactive) or from dramatics to dramatics (if you're long since overwhelmed). Without reflection, we glance at our surroundings in a linear way, noticing how close or far away we are from where we want to be. So thinking about what you've put your heart and mind into is enriching on a couple of levels; giving it value a second time around. Even if you've just endured the last few month, give yourself credit for that! 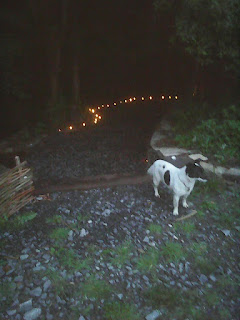 We had to identify one old concept we'd successfully let go of and one or more areas of great potential to allow through in its place or a dream that can now be brought to realization. Essie May of the Kilkenny School of Yoga led the meditation and teacher training. The yoga took place at Kate & James Powell's lovely yoga space, recently finished in beautiful wood, passively heated and with really wonderful views that would give everyone a far away look in their eye, unless of course they're super disciplined about staying present, through the practice!

So I wrote down the ten months and an activity beside each to reflect on. Then I identified three things I'd come to terms with. Then I considered dreams to go for. 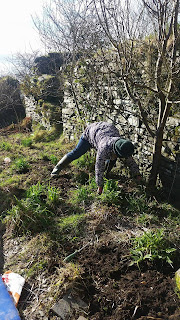 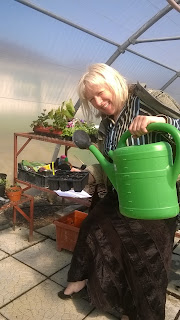 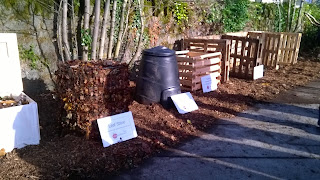 Master Composters Course Post This has most of the information…I take good notes!

December 2015
Spent 3 Full Weeks with my Parents - for the first time in years! 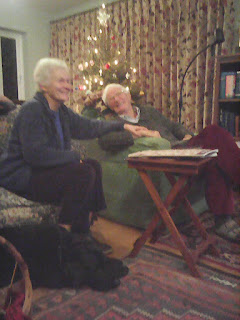 February 2016
Hand Drawn 100 Plant Profiles
So much flipping work for that Fetac level 5 Horticulture, I am making it into a book! 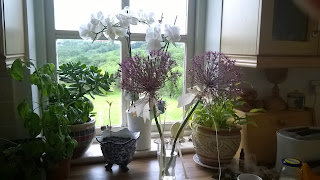 Orchid, money plant, jade plant, basil, aliums, peace lily and AVOCADO (I have tried at least 400, this is the first one to become a little tree)

March 2016
Produced a Daily Radio Show upcoming to the Election, to raise awareness of issues and choices
A show for each demographic, notice how they pause straight after the election as I had no idea what actually happened! 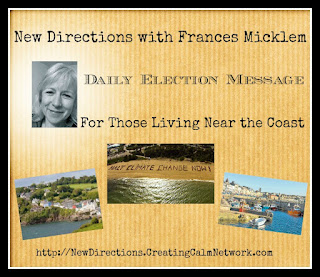 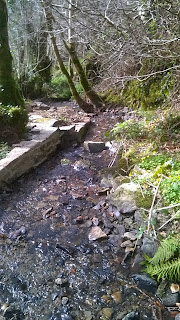 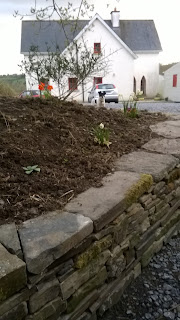 May 2016
First Concert at Harmony Hall 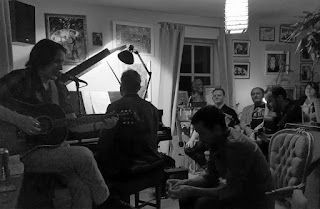 Greenside Up wrote this great article about it and took the photos!
David Corley
Chris Brown
Pick any album, totally unbelievable!
Coming back to Ireland with Suzanne Jarvie in September, also brilliant! 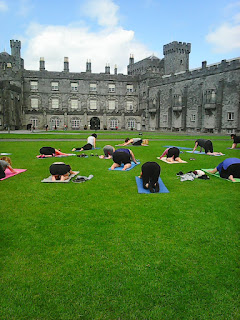 This was Kilkenny School of Yoga's last event - Free yoga at Kilkenny Castle for World Yoga Day.
31st July is the next information day in Kilkenny, if you're thinking of becoming a yoga instructor

Then ask yourself have you come to terms with anything new?


So, what had I come to terms with in the last 10 months? Well, loads but these were a couple of things:

1. My serious tenacity - Stop holding on, let it go!
2. Whereas I had joy and enthusiasm, I now had acceptance as well; less action-packed but more content.
3. I'd dispersed the crisis energy that I had been carrying around, feeling that the planet and animals and indeed people were kind of fecked.


Then draw down and draw up your dreams


Then I drew down 13 dreams from the universal stream of consciousness that could come to realization.

1.  An enjoyable love life
2.  To have a human family, in addition to my animals
3.  To facilitate a vegan world
4.  An art exhibition to wake people up to animals' love
5.  To come to full consciousness, no blind spots
6.  Formulate a 'transition to organic farming' course.
7.  Clear the threat to the planet and humanity, by current inhumanity and HAARP, nano technology
Archon and balakan interference.
8. Teach how to hold on to one's soul and remember the divine spark we all have
9.  Hold an ever-fixed magnetic core of love.
10. Learn how to teleport
11. Become a breatharian
12. Be happy and fearless in passionately defending that which I love
13. A sanctuary.and team to help run it well.

Then, the contradiction started to arise: The buddhist way is to 'let go of desire and thereby free yourself from sorrow'…and here I was clarifying desires, to help with their manifestation. With a little further reflection I realized that there's only one or two things wrong with 'desires' and plenty of things right with them! Starting with what's right, they propel you forwards in to your future with regenerated gratitude for what might be in store. They also are a much better use of head space than all the bleak accumulation of ideas from the past or from the media. Don't forget you have a powerful magnetic core, so to be attracting peace and love should definitely be a priority.

On the down side, desires amount to a description of where you'd like to be and therefore provide a contrast to where you are now. This means you are stepping out of oneness in a belief that there is somewhere else to be. It also means you are indulging in self judgement, on the quiet, that you are not where you should be, doing the things you should be, having the life experience you should be, at the moment! Also, on an energetic level, you're living in a negative magnetic polarity, a sort of aversion. Concepts like 'wanting', 'needing', 'wishing for' and 'hoping' all re-affirm the absence of the thing.

Then let them all go too

So then I sorted that too. I went through the list of personal dreams and cleared the unconscious attachment to each one. In the words of Billy Connolly in his incontinence pants (after 17 pints and stuck in the middle of a gang, in a pub snug, with not a chance of reaching the toilets) 'It matters not a jot'...

My heart rests easy. I will enjoy the momentum of having purpose, clarity and a massive accumulation of energy to follow my dreams and get some positive results for other life forms too … but also savour the surrender to what is, already - right here, right now.

This is an average day at the office for me but the yoga retreat itself wasn't. There was a lot to get ready, to accommodate nine people and provide vegan breakfast, lunch and supper - to a group that included an air-borne nut allergy and a soya allergy. Plus, to hold a space for the subtle energy bodies to align for the new yoga teachers and to provide an environment where they could also celebrate their graduation. 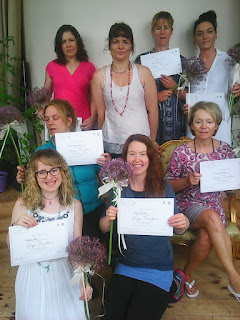 I love to see the car park jammers with cars and so many ready to detox and explore the plant-based oneness and talk about all the things that matter and the many dimensions beyond the 3D we're usually trying to work with.

So many friendships and ideas have come from it. Most lately, the idea of a vegan organic brand - which I've been repeatedly told needs to be up and mega within two years, has got started. The attendees all said that they'd like to come back and learn vegan cooking. Then I connected with Sinead the organic farmer and thought, why not just start small and do a box scheme of vegan meals for those who want it? I started cooking with my first lot of produce! The very same day, a few B&B guests came with their amazing second edition of Soy not Oi. I prepared 'Dani D's Rad Red Lentil Chowder' (pg 103) and 'The Complete Freedom Stir Fry' (pg 75) and I have my first corporate customer! What a result…not bad for someone who has given up looking for a result altogether!

Posted by Healing by Franc at 5:47 AM