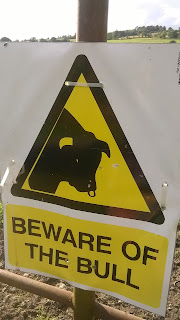 I don't want to be ungenerous but the IMF have changed their own goal posts this December 2015 to serve a United States purpose and I wonder if anyone else feels this makes a mockery of their international status and the levels of trust or confidence left in them?
They have a few rules:

4 Rules of The IMF

The two countries in question are Greece and the Ukraine…They did not bend their rules to help Greece avoid complete dereliction but waited about a month and then quickly changed them for the Ukraine.


How Each Rule Was Suddenly Broken This Month

1. Ukraine owes Russia an official debt - registered in London courts - of 3 billion, which they were due to have repaid by early December. The IMF have offered the Ukraine a loan nearly on the very condition that they default on their debt to Russia. How inflammatory is that, in anyone's book?

2. The industrious area in Ukraine is the part that is being fought over and is completely destroyed by war, leaving no feasible means to repay a loan.

3. The IMF have set out its now familiar guidelines of national austerity to meet repayments of debt, which Ukraine has explicitly refused and says it has no intention of implementing.

4. What the Ukraine are doing with the new loan is financing the war and buying more weapons.

If Ukraine, why not Greece?

Greece could really have done with this sort of reasonableness and flexibility too. I gather Greece weren't offered another loan as they are not a strategically-placed country.

I also gather that the IMF don't want Russia reimbursed because Russia are joining in a new economy drive designed by China. This will become an alternative massive banking system which can and is already lending countries money.

What an education we are all receiving!

If the IMF had not totally blatantly and suddenly gone against their own guidelines of the last 45 years, your average person would never have questioned or noticed what their actual agenda is. A few things have come to our awareness.

Firstly that American power and financial control is the IMF priority.


It is who you owe makes your country's financial decisions

The second is that who ever you owe money to has indirect control of all your financial plans, hence the stranglehold of austerity being 'the economic plan of choice' for indebted Europe at the moment.

Austerity doesn't lead to the prosperity that could lead to debts being paid.

Thirdly, maybe austerity isn't the only way. The Chinese monetary system seems to be going for prosperity planning.

Now you can point to the pollution, zero regard for life and the fact that they plan to increase their emissions until 2030 or 2050 and then look at the global warming situation again! But is Europe's plan much better? Borrow millions and billions - presumably from the IMF, to buy American technology also sponsored by the IMF and then live in austerity unable to buy the solar panels and our countries like puppets borrowing to buy, on repeat and the environment going down the plug hole and no independence for countries to facilitate any more progressive ideas, along the lines of home grown, chemical free food and promote small kinder ways and means?

They've let themselves down, could we call it fair to call them on it?

I think that following that behaviour, other countries might have been given a sudden excuse to bail ourselves out of their IMF debts and do their own thing, free of the profiteering, warmongering foreign policies and agendas.

Happy New Year everyone, let it be peaceful, compassionate and just! 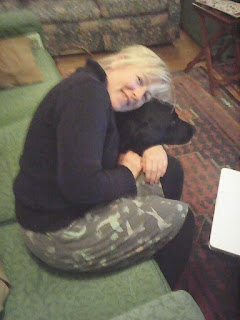 Posted by Healing by Franc at 1:14 PM