Be Discerning and Keep Your Own Counsel

This is a social commentator who saw this coming:

Free 30 minute sustainability consultation for the first three people who recognise who made this astute and timely observation and sends me the answer:

“If you want to change society in ways that you wouldn’t normally have an excuse to do then you find an excuse, it’s a technique of mass perceptual manipulation that I gave a name to a long long time ago. “‘Problem, reaction, solution’

At stage one you create a problem, real or manufactured, you blame someone else or something else for it

And step number three is then offering the solution openly to the problems that you have either covertly created or lied about."

Posted by Healing by Franc at 4:14 PM No comments:

Geopathic Stress and EMF Clearing in Ireland and Remotely

We are Veritably Swamped in EMF - Electro Magnetic Frequencies

Working remotely: I am very excited to launch my new website, the Alternative Health Consultancy. As you know, the actual health centre, with its all-organic and plant-based catering and accommodation, are on the Kilkenny/Carlow border. However this service of clearing Geopathic Stress, which clears all the electro magnetic and other earth and technological energies out of your home and your family, I can do from a distance. How you may ask? Because Harmony Hall is a bio-architecture building and so it acts as a blueprint. For more information, please follow the link!

My first geopathic stress clearing client, from the new site just wrote: "I feel a huge calm over our house & home. It doesn't seem as chaotic any more, kids laughing lots and in general everyone in good form"

I have a launch offer for the rest of this year €150 but whenever you need to clear the energy, I'll be there.
Frances Micklem's Alternative Health Consultancy Website
Posted by Healing by Franc at 2:59 PM No comments:

I'm on a buzz about another aspect of my new website. People might have expected the distance geopathic stress clearing I launched last week, but many are asking: Why am I offering a Free Helpline to individuals and businesses affected by Covid?

I just don't want anyone else taking their own lives because the restrictions are making them go bankrupt, for want of someone to talk to, proper advocacy, someone who cares and is able to help find other ways forward, with support and grants.

This is an important time to be alive. There's a glaring double standards going on within the authorities, around who is allowed to do what and who will be supported in this crisis.

Europe, Ireland included is to be subjected to the horrendous economic plans they are proposing for us in their budget. They have so ignored the proposals of the one MEP who proposes a solution - a 0.01 tax on all financial transactions, not too much to ask - that he had to hunger strike for 18 days at least and lose 10kg of his body weight to get his idea back on the table for discussion. That is how determined the EU (with our own Paschal Donohoe right in there) not to help Europ out of the impending recession, Even though the financial sector are doing marvellously,

So don't think they care if we do or don't survive over here. We the people must support each other. Pick up the phone if you need to.

Posted by Healing by Franc at 2:45 PM No comments:

Only the Pharmaceutical Industry is Excited by the Vaccines So Far 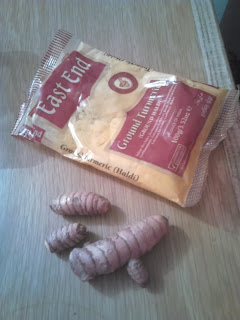 When I see headlines that a vaccine is 'showing promise' liked and commented on only by other pharmaceutical executives, it makes me slightly hopeful that normal soulful people are waking up to the loose cannon that pharmaceutical companies are; subsidised hundreds of millions (especially for a covid vaccine development) & with laws that protect them from being accountable for their products. Ever wondered why the State had to pay 4 million for the devastating affects of a GlaxoSmithKline Biologicals vaccine? Corporations, with a mission statement to have every citizen on at least 4 prescribed drugs from cradle to grave, cannot be sued. Let that sink in.

They also have a captive market of frightened people on every continent prepared to try a vaccine plus leverage with the authorities to force it on people if they don't want it. The effects of these rushed through vaccines will only bankrupt countries further, if the UK government are correct when they say there will be a wave of deaths after a vaccine's adverse affects #HSEhttps://lnkd.in/ddu7bDJ My approach? Turmeric. https://lnkd.in/dWTxERN
Posted by Healing by Franc at 2:28 PM No comments: 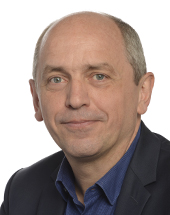 Will our very own Paschal Donoghue Euro Zone leader and friends let MEP Pierre Larrouturou die, rather than admit his point? Pierre Larrouturou is the man leading the European budget negotiations. He is on his 12th day of hunger strike to protest against the EU’s refusal to tax rich corporations to fund climate action - the 'obscene' EU budget.

People across Europe are fasting for a day in solidarity and sharing his message....well actually it's our message isn't it. Stop being the gatekeeper for the banks and the corporate interests Mr Donoghue, do something that makes economic sense and not just for your own pocket. I've only just heard that this is going on. Please let everyone know we must get a result for this MEP. Public pressure needed! #politicsandlaw #banks #MEPhungerstrikehttps://lnkd.in/eZxP9ys

This must be his 22nd day of hunger strike and yet we hear nothing in the news of the MEP, who is starving himself to insist on economic justice for us, for over a week. "In an unprecedented move, French MEP and general rapporteur for the 2021 budget, Pierre Larrouturou, begins his 13th day of hunger strike on Monday (9 November). His objective: to achieve more resources for health, climate and employment by taxing financial transactions EuroActiv France reports."

"A European tax on financial transactions and corporate profits could bring an annual €120 billion to the EU budget and finance a green recovery from the COVID-19 crisis, without asking a penny more from national governments, says Pierre Larrouturou." "MEP Pierre Larrouturou deplored the meagre €7.5 billion proposed in the European Commission's Just Transition Fund. To finance EU climate action, he suggests some of the ECB's "easy money" could fuel the European Investment Bank (EIB) instead of going into private banks."
This was hardly mentioned, even findable in the on line news, let alone mainstream news...even though he did it for us. He stopped hunger striking in time not to die and has got his idea back on the table for discussion next month.
Posted by Healing by Franc at 2:23 PM No comments:

Let's have a little less compensating the barbaric mink skinners and send that money to save the zoo. Jeez, can this government please sort out its priorities. 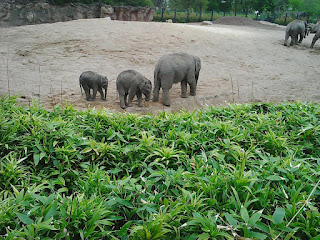 Posted by Healing by Franc at 2:12 PM No comments:

Our Minister for Finance: paschal.donohoe@oireachtas.ie 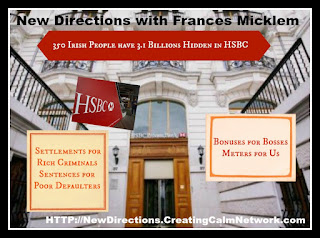 Public banking & hunger striking MEP, trying to protect us from your decisions.

I am writing to respond to the Indecon Report you sent me that blocked earlier legislation.

The Indecon Report does not address:

1.   Usury: The need for Public Banks in order to end Usury in Ireland

Usury: The practice of lending money at unreasonably high rates of interest.

The power of Irish-owned banks to provide credit. The fractional reserve mechanism (if used by credit unions and post offices empowered as full commercial banks) would be exactly the institutions capable of delivering Fine Gael’s own recent Wellbeing-aligned proposal, meeting the housing needs, care and health needs, food and greening and Covid recovery support for small and medium sized companies – currently defunct.

Public utilities are a class of services provided to the public, including making power and water available. A public bank would provide businesses with the credit they need to operate and deliver their goods and services.

Banks do not need to charge interest as they already lend several times what they have in reserve and receive the money back in full. As well as using loans as securities to create more credit and provide more loans, on the strength of the first.

Your paper points out how there are different economic priorities for all demographics. Regional public banks served by real people, in a face to face role, as already exist in the many under-utilized but much loved post offices & credit unions, are the best situated to determine the diverse credit needs & assess social and environmental benefits of proposed enterprises. Regional public banks are the only way to realize your party’s Wellbeing objectives.

6.   Public Expenditure. Imagine the fractional reserve leverage of all

The charter for public banks for societal good, is in line with the Local Government Climate Action Charters and EU Green Deal and Just Transition criteria. The DOF and local authorities could draw down more of these funds for Ireland, if you could demonstrate the money was reaching the communities and not getting sucked off by the meat and dairy bosses and multi-nationals.

The benefits of an independent, not for profit bank system, is that public banks do not take any money out of the economy.

People have noticed how you’ve started to include Credit Union savings when you talk about bank reserves and you and I know that when the banks are at last forced to declare their insolvency, they will be trying to lay claim to these last savings of ordinary people.

9.   Running Costs: There are people waiting at the door to put their money somewhere safe.

Member/owners of the new banks will be happy to pay charges. With customer services to be delivered by existing Credit Union and Post Office staff, the government outlay would be negligible. Passing State financial transactions through a public bank would cover its running costs many times over.

10. Mortgage resolution: If the government, which only leaves you to

agree – as all the other parties are behind regional public banks - choose to back the implementation, and pass EU money through the public banks, they would be in a position to buy Ireland’s entire mortgage portfolio and secure everyone’s homes. (You do need to legislate to bring house prices down in line with their value in real terms as well though, rather than letting private banks continue to offer 30 year mortgages for inflated figures that keep people inprisoned and keep the banks’ auditors agreeing that they can loan more on the strength of those loans. Otherwise, public banks will be just feeding the beast by offering mortgages to pay those same prices.

11.The introduction of a public bank would not create competition

Eventually, in New Zealand (I think), a TD equivalent said to the Minister for Finance, “Just give them the bank”. And he did.

That is what you must do, Paschal Donoghue. Just give us the public banks. People are waking up to your unwillingness to allow the people of Ireland to help themselves. Maybe you too are waking up.

12. Pierre Larrouturou is the hero. He has been on hunger strike for 17 days now – He is the only person standing between you and inflicting abject poverty on the whole Eurozone.

You are the enemy but you could be seen as a king, if you concede these obviously essential economic strategies: Tax on financial services and an EU public bank and Member states to have full public banks too.

Posted by Healing by Franc at 7:20 AM No comments: