Most of my paintings are up with these two beautiful people 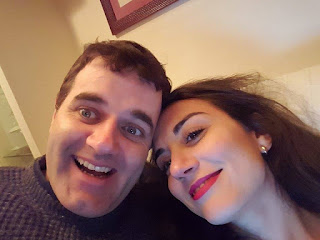 in their wonderful cafe in Bray!

Happening upon these photos of the exhibition opening and dinner, for PAWS, that I did there, got me thinking about a roadside diner at Harmony Hall. I thought of doing everything people fancy, in a veggie organic styles. 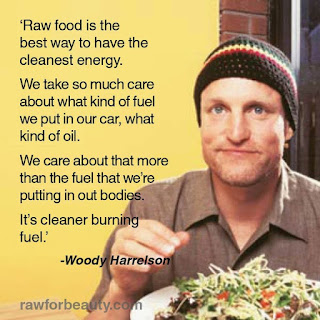 Like organic chips, breakfast rolls, coffee, cakes etc. or more of a chinese take away without the mysterious ingredients! Or maybe pursue my dream of promoting the merits and wonders of raw food or maybe a 'mainly from the polytunnel and new greenhouse' theme or maybe a piano bar, to fine tune visitors back to insane levels of health and resonance. Anyway, there's a building there now with serious insulation and a beautiful stove, so that's the ambience sorted. The rest will no doubt follow!
Posted by Healing by Franc at 4:50 AM No comments:

So it's hard to believe that we are having a referendum on blasphemy which will essentially make very little difference to anyone and not having a referendum on the use of animals in industry. The latter making all the difference in the world to million of animals, fish, birds and wildlife caught up in food, dairy, animal testing, research, clothing, entertainment. You name it, they're in it being ...choose whichever term you like... 'bled dry' or 'completely milked'.

Let's ask the people of Ireland what actual harm to others they want to participate in and what they want to legislate against. A little bit of objective information would go a very long way.

The following was the referendum I drew up three years ago: My concern is for the treatment of animals and respect for nature.
Call for an Animal Referendum in Ireland

Even today there was an exciting call to action, to go vegan as the only way to stop climate change
Former Irish President ReIterates that we should go vegan for the environment

Then there's the health argument: Go vegan because dairy and processed meat both cause cancer. Our local heart surgeon, Michael Conway, at St Luke's Kilkenny proposes a 'veganic' diet. Obviously, to me combining the priorities of vegan and organic: No animal proteins and no chemicals.

Today, they're also talking about banning one use plastics and people from 12 countries were all found with plastic in their stomachs. And don't forget every vegetable that does not say 'organic' on it, has been sprayed  countless times with pesticide - Round Up or something else. It kills the insects that we need for pollination and it accumulates in the body, disabling our enzymes and causing intolerances and then cancer.

If you're interested in religion and blasphemy, I even happened upon a great new book, looking at how the different faiths tell us to treat animals. It's pretty clear that that is going to be with a lot more respect than the dire conditions and treatment of the factories and some farms and the surplus - calves to dairy, dogs bred for testing only. All to never see daylight, but kept alive for a while anyway.

However, if you want to talk about blasphemy do...nothing else of important to ask the country about. No! Nothing at all!!

The first part provides an overview of fifteen of the major world religions, and the second features five sections addressing the following topics:
* Human interaction with animals
* Killing and exploitation
* Religious and secular law
* Evil and theodicy, and
* Souls and afterlife.

Published by Routledge, the Handbook shows how insights from the major religions of the world can inform a compassionate and respectful attitude to animals. The volume is edited by the directors of the Centre, Andrew Linzey and Clair Linzey, with contributions from more than ten Fellows of the Centre.

The Linzeys commented: “At long last, students and scholars have an authoritative reference work to stimulate new thought on this much neglected topic. It will serve the increasing number of students who are taking courses in Animals and Religion.”

Please recommend the book to your university or college library.

Andrew Linzey is the director of the Oxford Centre for Animal Ethics. He has written or edited twenty books, including Animal Theology and Why Animal Suffering Matters.

The Oxford Centre for Animal Ethics (http://www.oxfordanimalethics.com/) aims to pioneer ethical perspectives on animals through research, teaching, and publication. It has more than 100 Fellows drawn from a variety of academic disciplines from throughout the world.

Posted by Healing by Franc at 2:51 PM No comments: