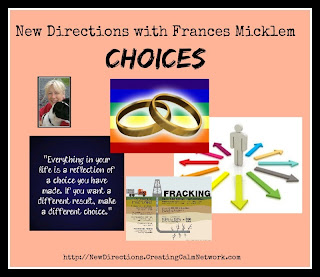 EPA want to grant Shell A License to frack in Ireland and the government keeps us divided over gay marriage!

Millions of litres and euros-worth of fresh water used pumped out gas from sea bed.

Fresh water again must be used  to 'scrub' the gas of traces of salt water.

Will Shell pay for this water? - This week when the Irish people have been told that they can have the cost of their water use taken out of their benefits.

Contamination is definite, earthquakes are possible.

Shell is connected to Nepal's earthquake, due to fracking in West China.

They are not accountable, not taking responsibility for and the EPA know it.

I hold the EPA responsible if they don't stop this license as they know that Shell will destroy the land and sea.

The drilling will upset sea life, thousands of sea mammals and birds are disorientated and/or dying already. Can you imagine being subjected to that massive vibration and toxicity under water, permanently. You might come back in a next life as a fish and you’ll regret having trashed the place.

30 to 70% of the chemicals used in fracking re-surface.

Ireland and its ocean currents that hold its climate in balance are already threatened.

Shell have shown no remorse for damage done to people already. They are connected to Newmont who are the other violent miners in Peru.

Shell are connected to China's CNBC, where there is some of the greatest pollution in the world, that goes on unchecked by their Environmental Agency.

This week, the people of the city of Seattle are stopping Shell drilling in the Arctic. They will not let Shell’s boats use their bay.

Ireland's EPA should have at least this regard for Ireland and use
1. The authority bestowed on them as licenser and
2. This eleventh hour opportunity to stop Shell and
3. Insist they return the bay to its natural state.

If the EPA want they can find out plenty more of the valid environmental concerns about fracking, drilling into the sea, bringing the toxic unrefined gas ashore, the use of water, the waste, the contamination, the lack of fair recompense.

The EPA can establish that its a false economy to jeopardize and destroy so much of a country for 3 year's only supply of gas.

Please don’t let the ‘American driller’ in either who wants to expand on Ireland’s gas fields. These companies only want to use us up and spit us out.

Of all the fracked-up countries in all the world, the only country that stands to benefit less than Ireland is the Cameroon. Ireland doesn’t even get profits, they get a ‘service agreement’.

There will be 150 jobs max created and at least that many have been lost in the area.

The ruination will be completely on the EPA’s head if they don’t stop it. The EPA can find many other claims against Shell and well founded evidence to justify refusing them this license.

They can see that Shell being given 123 million euro last week to pay for insurance is a blatant admission of danger and a blatant decision to be covered by insurance rather than mitigate the risks.

I am enclosing the required fee of €126 to make this objection. Shame on the EPA for setting a price so high, for people to defend their country from a multi national.
I am sending this letter to the paper as well so that everyone knows Shell’s license is up and the EPA can and should refuse a license to shop Shell fracking this summer or ever.

A much better idea, if the EPA are looking for one, is to protect Ireland’s fresh water and export that instead of cleaned gas. Water is the natural resource that is really needed in every other country. Shell must not be allowed to use it up.

The people shouldn't need to have the www.shelltosea.com petition. Even senior An Bord Pleanala are quoted as saying that Shell are wrong.

The repercussions of Shell are no less than Ecocide. That is what the EPA are sanctioning if this license is granted.

Posted by Healing by Franc at 3:30 AM