Winning The War Against Humanity

When I first heard the stag had killed the huntsmaster I didn’t see the significance. Just 24 hours later, I woke up with the realization; this is how the revolution is going to work, just as Dr. Doolittle foretold. Wildlife are going to coordinate and deploy and see the destructive people off, like a guard dog barking at the approach of someone making use of the darkness. This killing was a shot across the bows of the mother nature ship.

The darkness is the pandemic, the empty roads, the closed businesses, the now-enforced delusion of us all being separate and not a united humanity. We were getting so close to that consciousness that we are all connected, we are all one and reflections of each other. We were just beginning to understand that what we do to others we do to ourselves and learning to concern ourselves with the environment and animals and people in slavery, in supply chains. Then the pandemic came along and arbitrarily changing restrictions designed to bankrupt people financially and spiritually, in fear and isolation.

Why pick on a family man with 3 children though, I asked when there are major corporations and grander scale destructive industries than hunting? The answer I got was that corporations and banks are too ‘indistinct’. The law can’t penalize them as there is no one, no person, accountable, no one to take responsibility. I know for example Monsanto has been sued for poisoning water but you can bet it was not the man himself who stood trial, just a team of lawyers and some representatives. This is where we need to raise awareness of who is doing what, so that redress can happen.

What sort of redress am I talking about, karma? Well, sort of. I heard a joke once, if kings run kingdoms who runs countries?!! Even if you don’t like the word, which obviously I don’t, you have to admit that is funny.  So, actually, I don’t know what will take place, how things can work out, I just know that we as people need to put names and faces to the corporations and banks, so that the raising consciousness can shine a light so bright on them that they snivel back in to the darkness, like Smiegel whispering dejectedly ‘my precious’.

So who knows 5 bosses at Nestle? 5 bosses at Kepak? 5 bosses at TESCO? 5 bosses ABP? 5 bosses at Bayer? 5 bosses at Shell? Whatever your local parasite sucking your community and environment dry, just look up 5 people connected with them, let’s really know who is working for who. This might be national or local managers, it might be global. Big businesses are only made up of inflated individuals, hiding behind a brand and a fabricated Corporate Social Responsibility policy, at best. And then think of the Central Bank, the pillar banks, the World Bank, the EMF. There are flesh and blood people there too. There might be mechanisms and unworldly forces behind them, orchestrating their cruelty and destructive agendas, but we need not fear these either. They are not even incarnated. We, yes us lot, good, cultivated, humane, loving, industrious, self sufficient people are the actors in the play, in the whole theatre.

Unexpectedly as we start to write our own script, I suggest that you give yourself and your families a wormer dose. It is our parasites we are up against, not a virus. Have you wondered why mink and dogs and lions and all sorts have tested positive? It’s because we all have hundreds of viruses in our bodies and it is our worm burden that triggers them (parasites are fed by sugar by the way, which also blocks Vitamin C one of our main immune defences). 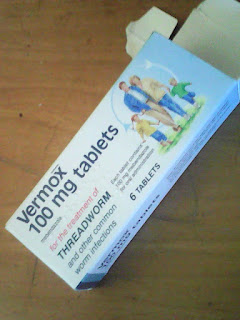 We have heard that Ivomectin is effective against corona virus. Personally I thought Ivomectin was too strong and highly not-organic as a wormer to give my horse, I only gave him Panacur and other lighter doses. Anyone who has a pet will worm them regularly. Why not ourselves, we should be asking? Since I started growing and eating organic vegetables with good old natural soil just washed from them, and keeping animals that I groom or cuddle and hold close when they’re cold, I started including myself in the worming programme. My friend who raised her children in Africa said that everyone there keeps their children wormed. Not here though. Even the chemist sought to shame us the last time. Is it an acute infestation she asked in a loud voice. Like I was asking for a morning after pill and whether I was going to see the guy again or was I a dirty stop out! The judgement was palpable but I brazened it out. I said just the ‘regular maintenance wormer for families’. This is what it looks like if you’re looking for it.

We have heard that Remdesivir is what helped Trump and many others . It is an anti-parasitic drug. Instead of the government insisting the Chines threw their pets out the window and killing all the mink and in Denmark or wherever, they only needed to order that they be given a worm dose.

Take care of yourselves everyone and take the power back. Get informed as to who the main players are in each exploitative industry and that alone will bring their heads above the parapet for nature to step in and bring them down a peg or two.  It’s not that I want the bad buys and gals dead, I just want them to wake up to what they’ve given their time and effort to and take responsibility for setting about undoing the damage or owning up.

Posted by Healing by Franc at 5:53 AM