Derivatives are out of control

Public Banking Institute in the US.

The worst wildfires in California's history have burned more than 3.9 million acres. Across Oregon, over 1.5 million acres have been hit. The fires swept through water systems, power grids, and roads, and destroyed houses and farms. How could public banks help communities respond to such devastating destruction? PBI Chair Ellen Brown talks with Santa Cruz advocate Rafa Sonnenfeld member of People for Public Banking and member of the Santa Cruz Community Advisory Committee on Homelessness.

Back to those trade deals. I wonder who is in charge of those now.

Sure, they create them, as far as I know. And yes, I did notice in the above article where the EU commissioner presenting the role refers to 'twin digital and green' agendas. Jesus, talk about creating a situation where only one twin can survive - let it be the planet rather than the synthesised internet interference.

Episode 3 of Ireland's own financial crisis 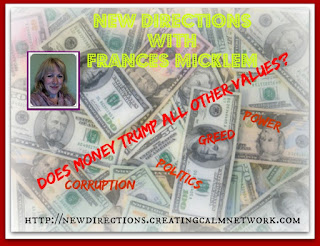 The Cost To Business, of Doing Business

The cost to business of doing business, courtesy of the commercial banking and financial industry, needs to be properly appreciated. Professors Margrit Kennedy and Professor Steve Keen explain, from different perspectives, how one element of the “non-productive sector” effectively robs up to 40% of the productive element.

Said another way, up to 40% of the cost of everything we all buy, goes to the banking industry, so, what or who are we working for?

Then there is Foreign Direct Investment and the wider financial industry, which, since the ending of Glass-Steagall in the late 1980s, has been on steroids, so to speak. They have been cultivating the derivatives market, a market that was deemed illegal while Glass-Steagall was in vogue. Now though it is not only legal it is legal and unregulatable.

Therefore, now in 2020, there are approximately $1.5 quadrillion of derivatives, which have very little if any foundation whatever.

This might explain why the ”overnight rate” of interest, went to 10% last October, 2019 and the US Fed issued $6.5 trillion in the few months since October 2019. It might explain to some degree why HSBC Bank shed 10,000 jobs, also last autumn, in one day.

Posted by Healing by Franc at 6:32 AM