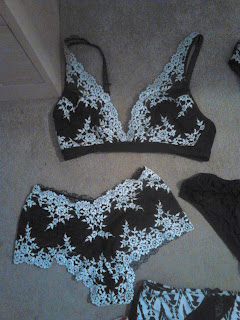 Does everybody know that underwired bras are at the heart of breast cancer? Why do women keep conducting the electro magnetic stress there?! The metal acts as a slave antennae, rebroadcasting radiofrequency straight into your breasts.

There are some lovely alternatives and some not so lovely ones!! - I suppose that is the nature of shopping for health and ethical reasons as well as style and appetite!! So I don't know what these new innovations ones are like but thought it was worth sharing as an excuse to pass on this crucial bit of information....Don't encourage me or I'll start pointing out the connection between pesticide-ridden tampons and cervical cancer. Yes those big companies have seen a hole in the market!! And we are it!