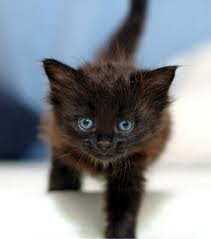 John Lennon, I think! It sums up my day at the office today anyway. I was sent an invite that seemed to consist of 150 invites, all of which needed a response. Then I got a call from my B and B guest who had just left on his push bike. Serendipity had stopped him by an old wall where he had found a tiny kitty cat.

He could only think of calling me as he lives abroad. Because I am reading The Magic, I remembered right away that everything in life is a gift, whether it is apparently good or bad! So I jumped into the defender and found a sorry sight behind that wall. His little sister had not made it and was just lying there beside him. He was sorry to leave her but knew he was starving so let me catch him. There was a knife and a plate lying around there, so someone may have been feeding them, just enough to keep one going, it turned out sadly.

Instead of sweeping around the garden pulling out all the stray grass, I covered about 20ft, as I had to make sure the dogs didn’t eat him, when I wasn’t looking! Do not think I am overly protective; Softy curled up in between Cupid’s legs earlier for comfort and suddenly found his head in Cupid’s mouth. I had to literally prise his teeth open. All in all it was a perfect summer’s day; shiny and sound horse, adorable kitten drinking tea out of a deserted mug, two dogs treating him like gold dust since, one rendition of Strangers in the Night, two of the Fur Elise (by someone on the piano rather than the hounds!) and also received word from old friends and made several new ones…if Linked In counts?!

The moral of the story is that we are all one massive life force. Softy is purring so loudly its interfering with my internet connection. Don Juan is worried if there’s a new level of competition, is there really enough love to go around? Yes, there is thank God.
Posted by Healing by Franc at 4:23 PM